From Academia to Business - and back? 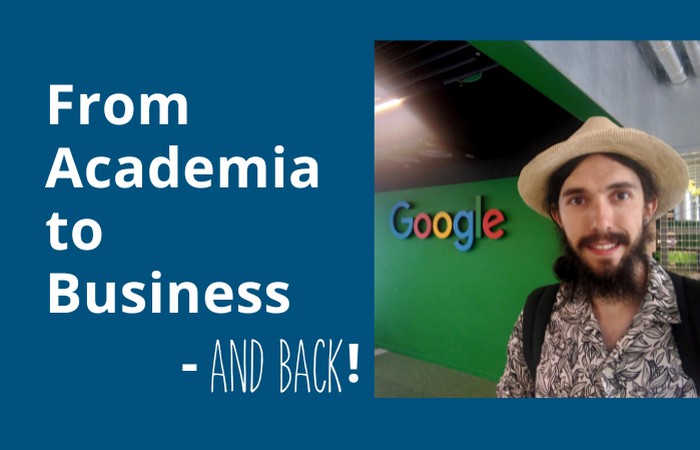 As an astronomer, Oliver made a career decision: he took a step out of academia to try a job in industry as a Data Analyst! Just now, after nine months working at GOOGLE, he reveals: I am going back! Open-minded and engaged as he is, he talks about what he learnt in this mind-changing career phase.

Transitioning from academia to business - an back!

Oliver Mueller is an Astronomer, a science communicator (KlarText Award winner) and is super passionate about space, numbers and words. His recent tweet spread widely around the science community within one day, revealing what he learnt in his job as Data Scientist at GOOGLE.

A topic that matters for scientists

In his inspiring comments, he not only gives insights into his learnings, but also brings along valuable tips for reseachers who are thinking about going from academia to business - and even for those, who then want to come back!

Giving such honest advice and insights, it is no surprise his tweet was shared a thousand times already - after one day:

Thank you Oliver for sharing!

Oliver's tips and how his experience changed his perspective on career opportunities:

What Oliver will remember when coming back to academia:

"Thanks for bearing with me up to this point. If you want to further chat about any of this, or just in general about life, the universe, or pizza, drop me a DM. I am very much looking forward to working on galaxies again."

Connect with Oliver on LinkedIn.